What Is Phonics?
A Fail-Safe Method of Learning To Read

To answer the question, what is phonics, let me tell you a true story.

The Impact Of Drugs

Ollie had been smoking marijuana for 20 years and made a promise to himself to get off the stuff. He was 40 and felt he owed it to his three children.

He wanted to be able to drag himself off his chair and be a bit more "with it" at their bedtime so that he could read them stories before they went to sleep.

Getting off the drug was more difficult than he imagined. But to understand what phonics is, was even tougher.

Ollie couldn't read, write or spell and was depressed and humiliated. For as long as he could remember, his wife had read and filled in forms for him.

All he could do was sign his initials at the bottom.

When I first met Ollie he asked if I could help him to achieve his new goal. He felt he'd wasted the past 20 years of his life and was concerned that prolonged marijuana use might have affected his brain and ability to learn.

Without a doubt it had. But he had the winning formula...motivation.

The solution was simply to learn to read by using the phonics method.

"What is phonics?" he asked.

Put simply it is a fancy word about sound. Think of a phone. You need to make sounds on it to communicate.

Phonics is about the sounds we make when we connect groups of letters to pronounce words we don't know. Then we can communicate.

The phonics method of learning to read isn't new. It has been used in schools on and off for years. The problem is there have been times when it has been abandoned for other methods.

Then children have developed holes in their learning and have been left behind. Tragically this has affected the literacy of many people.

We have sounds for every letter in the alphabet such as a in the word apple and c as in cat. Some letters have more than one sound and this is the part that confuses people when they are learning English.

I tested Ollie to see if he could make the sounds of the letters of the alphabet ...something he should have learned by the age of six.

But at 40,  he had no idea. He hadn’t enjoyed school and couldn’t recall learning phonics.

The enormous gap in his knowledge about what is phonics had repercussions Ollie had never anticipated.

He couldn't spell his wife's  name!

And that was after living with her for 15 years.

Even more disturbing ...he couldn't spell his daughter's name!

You can see the attempts he made here.

As a result, I made it my first priority to teach him the correct spelling.

A Lifetime Of Learning Lost

If Ollie had could have known what phonics was he would have learned the appropriate sounds for the letter combinations he needed to read.

Through clear, systematic phonics teaching he could have cracked the code, sounded out unknown words and been a capable reader and speller.

He had certainly learned to recognise lots of words by sight over his 30 years ... hundreds of them in fact.

But he needed to know about the phonics method rather than the technique he learned by, known as the "whole language" method. Discover more about what is phonics and  what is the whole language method of reading by clicking on phonics vs whole language.

Research and MRI scans of the brain show that by the time many children turn seven, their brains have run out of space for the whole word method of learning. They simply can't pack any more words into their visual memory banks.

Without a doubt the reading system had failed Ollie.

I pointed out to him that as a teacher I often meet children who read well when they first start school. Much to their parents' shock, however,  they are unable to sustain it without understanding what is phonics.

Their reading slows, stops and goes backwards. Eventually they find they have slipped from the highest to lowest reading group at school, their self-esteem shattered.

I reassured him that his problems weren't his fault. He didn't know what is phonics and that had let him down.

What Is Phonics? He Soon Found Out

As I mentioned earlier, Ollie learned this in a stressful way after his first reading lesson. This is what he told me...

That night he attempted to leave the building after his lesson. He hadn't realized that the main doors were shut and could only be opened by pushing an emergency button.

As a welder, he had memorized just enough words to get by in his job. But not enough to get him out of this door.

All he could see was one word, "Emergency". That was enough to make him panic. He knew what that word meant. He recognised it visually by its shape. If he pushed that button alarms might be triggered.

The words beneath "Emergency" were a blur of confusion. He had seen those words before but hadn't memorised them. That's why he couldn't read them now. He'd forgotten them because, his memory bank was overloaded.

He felt his blood pressure skyrocket. He wished his wife was with him. She would get him out. She didn't know much about phonics either but between the two of them they might be able to figure something out.

He broke into a sweat wondering how he could leave. There was no-one around. Anyway finding a stranger would be humiliating. They would think he was dumb. Nothing was worth that!

Sounding Out The Letters

He had no choice but to control his anxiety. He thought to himself... what is phonics ? He thought of a phone then of sound. Instead of guessing the word, he tried to sound out the letters near the door's button one by one.

They weren't quite right. He reverted to our first lesson earlier that evening where we'd practised the correct phonics sounds of the letters, saying them smoothly. He corrected himself a couple of times.

He tried to run the sounds together slowly. Still not quite right. He had another couple of tries.

After one more attempt, meaning slowly dawned on him.

Under "Emergency" it read...

The button marked "Emergency" could be pushed without any embarrassing consequences.

Best of all Ollie's long-held reading secret could still remain a secret until he had learned more about what is phonics.

The door slid silently open and Ollie was free... in more ways than one. He realized that for the first time in his life he had unravelled the code of some unknown words phonetically and made sense of them.

That night, feeling excited, he wrote his first ever email by cobbling together some of the sounds he'd learned.They weren't perfect but his friend was able to work it out.

"I wanted to tell my friend I had someone to tutor me but I knew I would spell it "chooda" and somehow knew that wasn't right so I left that part out," he told me the following week with a grin.

The good news was that his friend replied. With a little phonics knowledge a new connection had been made.

Learn to Read Then Read to Learn 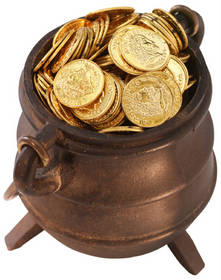 You may have heard this before but it’s worth repeating. If you can’t read, you struggle to learn anything else and that was Ollie's problem.

When he first asked "What is phonics?" he had no idea what understanding it would mean to his life.

Ollie, like many other adults I have taught, failed to learn to read phonetically as a child. His mind became overloaded with learning to read by the whole word method, which as I mentioned before involved looking and memorising every word he came across.

An understanding of what's phonics would have allowed him to learn sound patterns.

Then when he saw the pattern repeated in another word he would recognise it and be able to make the appropriate sounds to read it. All he needed was for someone to teach him those patterns.

This lack of phonics literacy silently crippled much of Ollie's development and capacity to learn. It also stripped him of his self-esteem.

Like other people with poor literacy skills Ollie was forced to work in a job well below his potential.

He had become angry, alienated and frustrated, resorting to drugs to fill the void of boredom and inadequacy.

The following week, after his first phonics reading lesson, Ollie arrived with a plastic bag.

Inside it was a book full of inspirational passages. His wife had been trying to read it and Ollie had picked it up from the bedside table.

"I stayed awake till one in the morning the other night after our lesson and read it all...75 pages," he told me excitedly. He couldn't wait to read it to me.

He then flicked open his mobile phone and showed me a news item on the internet. He tried to read it and decoded enough phonetically to get the general idea.

"Reading is my new drug," he announced.

Ollie Is Just One Of Thousands

Huge numbers of adults have failed to learn to read. The great news is that it is never too late to learn.

Sadly, Ollie's lost half a lifetime of possibilities waiting for the opportunity.He developed an avoidant personality because of the daily effort of camouflaging his disability.

His level of phonics literacy was so low he had no idea of his own potential as a person.

For these reasons it is imperative that children learn what is phonics and learn it systematically to ensure it is thoroughly understood at each phase.

As I said earlier it is never too late to start developing phonics literacy. Ollie's true story is a prime and typical example.

Adults who learn this extraordinarily successful reading system can turn their lives around and acquire the self-esteem and sense of purpose they've been searching for all their lives.

The greatest piece of advice I can give you is to get your child started with phonics between the ages of 4 and 5.

Children of this age can pick it up with relative ease, if taught clearly and systematically. From there they grow into confident and capable readers who never have to endure the torture Ollie dealt with on a daily basis.

Phonics vs Whole Language
The phonics vs whole language approach to reading, writing and spelling is a topic which has been debated for years. As a reading teacher, I have tried both and am convinced I know which one works best.


Importance of Phonics
As a literacy teacher I explain the importance of phonics in an easy-to-understand way, based on my years of experience teaching children and adults. You will understand how phonics works and why it is vital for reading success.


Phonics Definition
A simple explanation to clarify any confusion parents of young readers might have.


Go from What Is Phonics To Phonics Literacy Homepage