The phonics vs whole language approach to reading, writing and spelling is a topic which has been debated for years.

As a reading teacher, I have tried both and am convinced I know which one works best. I've taught literacy to children aged 4 through to 50.

From my experience, I believe you cannot learn to read with confidence and competence unless you learn to read primarily and in the early stages using the phonics method.

I've met many adults who have been taught solely by the whole language method and it just hasn't worked. The results have been disastrous.

What Do They Involve?

Let's take a look at what the phonics vs whole language argument is about.

Then I'll tell you about one of my adult students, David, who had to wait until he was 50 to learn to read, spell and write. It should help you to understand why solely using the whole word method doesn't work.

I'm sure you'll agree it's vital that we understand what the words we are reading mean, otherwise reading is pointless. Once we learn to read with meaning then we can read to learn.

Phonics Method of Learning to Read

When we learn to read by the phonics method, we find out that individual alphabet letters are turned into sounds.

Here's what I mean.

The letter b says bi which is different from its letter name bee. In time we realise that letter sounds get blended together to make words.

A child may not initially know the word bat but when the letters are blended slowly and smoothly together they say biii---aaa---tt.

It is then they can think about the word's meaning. They'll imagine a flying mouse-like creature or something with which to hit a ball.

Later the child learns that small groups of letters can be linked together in patterns and whenever they are read they make the same sound.

They learn how to blend groups of letters like str as in the word strip. Then they find they can recognise the same str pattern in other words, for example string, stranger, strawberry.

By learning to memorise small clusters of letters, they'll recognise those same patterns when they appear in other words that are read.

This makes reading so much easier. It's a form of recycling...using different groups of letters over and over again.

This is a finely structured step-by-step approach to reading. It takes some time to learn but it ensures that children do not risk failure.

By applying the phonics vs whole language approach the child finds out how to decode virtually any word of any length.

The other huge benefit of teaching phonics vs whole language is that the student simultaneously learns to write and spell words of varying size and complexity.

Once individual patterns are learned, hundreds of other words are automatically recognised and can be read and written as they arise.

Children and adults feel empowered when they acquire this skill.

Now let's look at the whole word method. How does it work in this phonics vs whole language discussion?

Whole language supporters believe that learning to read by sounding out letters as a method is too slow and rather boring.

Here's an example of how it works.

The teacher reads a short story to the class, something within the children's experience. It might be, for example, about a new pupil starting school.

Included in the story are some key words, for example girl, boy, teacher, friend, lunch.

This method focuses on children learning to read by picking and retaining words that interest them, much in the same way as they develop vocabulary.

It emphasises communication and ideas. It also relies on them memorising thousands of words...about 800-a-year.

The Biggest Problem in the
Phonics vs Whole Language Debate 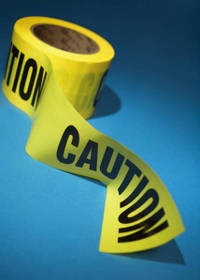 Children, until the age of seven, can memorise many words by sight. They do this by using the visual part of their brain.

But this part of the brain reaches capacity and becomes too full to accept any further information requiring visual memory.

Most of the children parents have asked me to tutor have come to me at this stage. They are stuck.

There are about 1 million words and names in the English language. Research shows that to have good literacy we need to have a vocabulary of about 50,000 words. By using the whole language method we can learn about 800 a year.

This highlights the issues and the answers in the phonics vs whole language debate. The children suddenly find reading, spelling and writing impossible.

Often teachers and parents are unaware of what is happening at the time. In fact problems are often only picked up after about a year. By that time the reading problems have really started.

When children struggle, due to this phonics vs whole language controversy through overloading the visual part of the brain, they begin to guess words when they read.

Guessing becomes a habit and leads to inaccuracies. In my experience children who are unfortunately on this downward spiral become progressively reckless as they read.

They make wild guesses at the words they see because they lack the decoding skills they need to break words up phonetically.

When children read inaccurately they no longer understand what they are reading.

As time passes, words and their meanings become more complex. The child grow increasingly frustrated and along with a major loss of self-esteem, learning stops.

As I mentioned earlier, I have met many adult victims of the phonics vs whole language argument. They have been unable to learn solely by the whole word system and the results have been tragic!

To become literate, people need a vocabulary of more than 50,000 words. Learning to memorise about 800-a-year, without the help of phonics, just doesn't work. 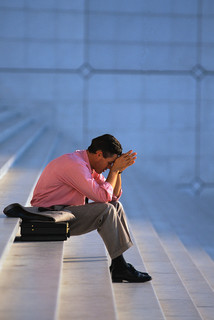 Now is a good time to tell you about David, one of my adult students.

He came to me aged 50 and was unaware of the phonics vs whole word debate. One thing he knew was that he didn't learn to read using phonics. And if he hadn't had phonics lessons with me he may never have learned how to read in his lifetime.

When I first met David, he worked in a factory doing repetitive work which allowed him to switch off and sometimes to dream. It was his way of coping with a dull job which brought in just enough money to keep him and his wife alive.

David sought my help because he became increasingly self-conscious about being unable to read.

One weekend he went on a camping trip with friends. Throughout the days and in the evenings the friends pulled out books and began to read.

David felt terribly lost. He wanted to do the same thing. He was desperate to find out what his friends found so enjoyable about reading.

He told me later, "I only read when I watch television." For a moment I was puzzled. Then he explained.

David had been able to connect pictures with some words he saw on television. When they were frequently repeated, as they are in advertisements, he could learn some of those words.

When I tested David, he could certainly read some words by sight. He had committed them to memory.

His reading ability, however, was limited to the whole words he had been previously exposed to. He had no idea of how to tackle new words by decoding them phonetically.

I began by testing to see if he could make the sounds of the letter names I pointed at.

No Awareness of Sounds Letters Make

"Wow, so they make sounds!" he exclaimed after I had discussed it with him. "I didn't know you could read that way."

He had certainly never heard of phonics or the phonics vs whole language argument.

After a number of sessions, David started to read phonetically. It meant that he could begin to work with words he had never seen before and read them correctly.

It was disturbing to think that he had reached the age of 50 without being able to read.

A New World Is Revealed

Within a year... by the time he was 51...he had learned to successfully tackle any word using phonics. The whole language approach had certainly let him down.

The confidence David gained from learning to read was phenomenal.

He was no longer afraid to tackle new words. More importantly every word he tackled he read accurately, without making wild guesses.

He then could understand what he was reading. Suddenly a whole world of knowledge and entertainment opened before him. 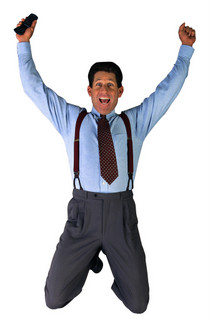 Once David's employers realised he had learned to read, they elevated him to the position of supervisor in his department.

He was required to read work-related material and write incident reports on behalf of less-literate colleagues.

David's world at work and at home became much more fulfilling and his self-esteem increased markedly.

He was able to afford to take his wife on holiday for the first time in 10 years. His only regret in life, he told me, was that he hadn't learned phonics 40 years earlier.

A System That Works

Without exception, almost everyone I have taught has experienced this incredible sense of success.

While I know I had something to do with their success, I could not have taught them to read without using a system that works.

It is breathtakingly powerful when taught properly and in the right sequence.

I must add here that the phonics approach needs to be backed up with words and stories which have meaning for the reader.

It is the teacher's role to make it relaxed, stimulating and meaningful.

When it comes to the phonics vs whole language argument, it is in my view, that the phonics approach is the indisputable winner.

An important university study, recently completed, backs this up. I have explained it in another page on this site. You can read about by clicking here .

The other method leads to guessing, inaccuracies and tragically, a breakdown in reading progress.

The long-term effects are unbelievably sad.

Go From Phonics vs Whole Language to What Is Phonics

Go From Phonics vs Whole Language to Home Page