Ben hated school because he couldn't master phonics. He was a tall 9-year-old who couldn't read beyond the level of a five year old. 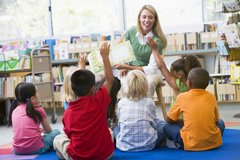 Ben was referred to me because he was refusing to go to school. Not only was he in floods of tears every morning but so was his mother. She worked as a highly respected lecturer at a tertiary institution in a large city. She was a focused and empathetic mother who had tried everything to help her child, except phonics.

Before I saw Ben on the first day of his appointment with me, I heard him. He was screaming with fear at the thought of once again being confronted with print and failing. He shook from head to toe, couldn’t make eye contact and refused to come inside.

After some time, he agreed to come in on the condition that his mother sat close enough to him that he was in physical contact with her.

He also insisted that he’d come if he didn’t have to read!

That meant I couldn't test him in the conventional way to establish the level at which I could start tutoring him in reading. I began to wonder what I could do. I knew I was going to have to think on my feet.

Phonics was the solution

In this case convention had to go out of the window.


I pushed all of the reading materials to one side of the table and assured Ben they would not be used. Instead we dropped to the floor and played simple games using letters and combinations of letters in various ways without mentioning the word reading.

He played pairs with me by picking up letters and identifying if two sounds matched. This way I could check that he knew phonetically all of the initial sounds of the alphabet.

We had a treasure hunt where Ben found a small toy with my help by reading simple letter combinations in a series of staged notes. 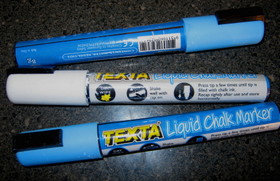 We wrote on the windows in a special rub-off chalk paint so I could see if he could sound out basic words and spell them.

Using the phonics method I could discreetly assess Ben, see precisely what he was struggling with and plan his future needs.

He shook throughout. He was a polite boy and wanted to answer any questions I asked. But he was so anxious he couldn’t look me in the eye. Instead he whispered the answers to his mother hoping she would relay them to me, which she was forced to do for us to progress.

It took three months before Ben was able to sit through weekly reading sessions without his mother sitting knee-to-knee with him. She was able to move to the other side of the table.


Three months later she was able to sit on the other side of the room.

As time passed, his shaking reduced to a minor tremor and he began to speak directly to me. After several reading sessions, disguised as phonics fun, Ben agreed to attempt to read a book.

With his mother close at hand, Ben broke through an enormous barrier of fear.

Both his mother and I had tears in our eyes as he managed to work his way through 14 pages of text. He was not using the whole word method of visually memorizing new words, which was the way he had been previously taught. Instead he was demonstrating phonics literacy by sounding out the unknown words.

That day he read his first book. Ben’s face was a picture. He sat in stunned silence then broke into a smile as big as Texas.

Ben returned to school and made a sterling attempt to read both at school and at home. He continued to be tutored once a week for an hour.

One day he arrived with a beautiful gift, looked me in the eye and smiled as he handed it to me. His mother announced that they were overjoyed.

Ben’s amazed teachers had told his parents that Ben had been tested and had now become, with the help of phonics, an average reader with a reading age of 10 to match his chronological age.

You’d have thought his Mum had won the lottery.

It has been many years since I have taught Ben but I have just heard through his mother that Ben has made it to university!

Ben is one of many

Stories like Ben’s are sadly not unusual. In fact they’re a-dime-a-dozen!

Like Ben’s mother, you may be the parent of a child experiencing difficulties learning to read. No doubt you’re stressed and dreading parent-teacher interviews. Or maybe you’re a classroom teacher or home schooling parent with children who just aren’t catching on.

Whatever your situation, you’ll naturally be concerned. After all reading is an essential life skill.

And your child needs to learn to read... so that they can read to learn

As you may have gathered, I’ve met hundreds of people who have struggled with reading...from children through to adults. Whatever their age, an inability to read leaves them anxious, humiliated and full of dread just like Ben.

And I’ve met my fair share of tearful parents. They feel helpless and vulnerable when they realize their children are withdrawn in the classroom and impossible at home.

Sadly learners rapidly become aware of their inability to keep up. It has a devastating impact on family relationships and particularly on the child’s self-esteem.

Often there is a reason why your child might be like this... and the good news is it is unlikely to be their fault. Hopefully that will bring you some comfort. It’s not necessarily the classroom teacher’s fault either but more about that later.

I’ll explain what it is that’s most likely to be causing the problem in your child. You can read more of my case studies (names changed of course) and you’ll realize you’re not alone. You are one of millions. Even here, you can see that in the most difficult cases, amazing improvements can be made!

I will explain how people learn to read. Also you’ll see the importance of teaching phonics...a logical and systematic method.

This way, nothing is left to to chance.

You’ll find it easier to help your child if you understand the phonics system of reading yourself.

It doesn’t need to be complex. Once you know how it’s done you’ll breathe a sigh of relief. 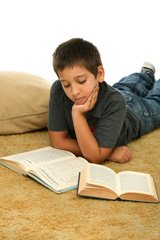 Here I’ll tell you how you can turn your child into a confident and competent reader, writer and speller. I’ll advise you on phonics rules, programs, games, worksheets and other activities.

Follow the step by step instructions and tips I’ve gained from teaching this to hundreds of children and to adults.

Together we’ll unlock the mystery of developing phonics literacy, reduce your child’s stress (and I’m sure yours!) and watch them reach the stars like Ben.