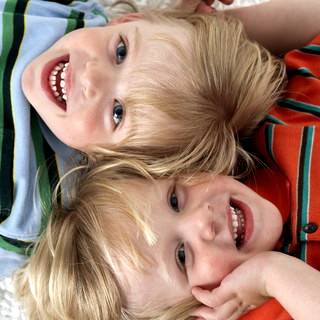 I learned the importance of phonics by being a teacher of adults and children.

For several years I worked with hundreds of four year olds who learned to read simple books in 12 months.

By the time they were five, they could sound out previously unseen words in their hundreds. In addition they developed a love of reading and writing.

There was no miracle involved and no pressure on those young children. They were simply exposed to systematic, fun lessons using phonics.

Whether you are 4 or 40, phonics is the secret of learning to read.

The importance of phonics is undeniable.

Let's take a quick look at just what phonics is. I won't define phonics in a complex way. Instead I'll keep it simple and explain it based on my experience as a literacy teacher.

It's about the sounds letters make when we read them aloud. Many languages, like Spanish, sound just the way they look.

English is a little different. You may think it is an awkward language to learn. But taught properly, it is not difficult.

Like Spanish, many English words sound the way they look. Others English words, however, appear confusing until certain patterns are taught. Your child will successfully learn to read and write in English once these word patterns are learned.

To explain why it might appear to be confusing, let's start at the beginning. There are 26 letters in the English alphabet. They make at least 44 different sounds when you mix them up into different word patterns. In addition there are about 70 common spellings that come out of those 26 letters.

Letters can be put together in many different ways. These combinations are sometimes called clusters of letters. Once your child recognises these different clusters they will learn what sounds they make. Then learning to read and spell will follow on naturally. 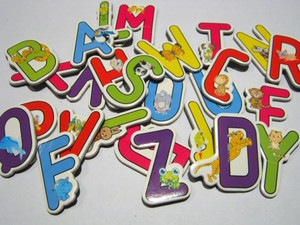 I have listed below the first three stages learners need to work through to begin reading. These stages are in a particular sequence that I find really works for me.

Take note... do not move on from one stage until the one before it is mastered. This ensures your learner doesn't get confused.

This stage is absolutely crucial. Without exception, whenever I test a person who can't read, child or adult, I discover they are struggling with this basic level of reading...knowing the sounds of the alphabet.

2. The next stage is to blend, or run smoothly together, two sounds like a and m. When we do it slowly it says aaaammmmm. There are no breaks in the sound.

Now try the word at. When we first blend it, it comes out slowly like aaaaaattt. With time we learn to say it more quickly.

You'll see here that by learning how to make the sounds, then blending them, we are able to work out sound by sound how to pronounc different words.

This is where the importance of phonics comes in. It means we don't have to learn to guess words or rely on their context to work out what they say.

Like someone translating morse code, we can figure it out ourselves so that we are never afraid of words, big or small. This is a process called decoding. You may have heard teachers using this word when they are discussing your child's reading with you.

3. Three letter sounds with vowels in the middle come next. They include words like "sat, bed, pin, rod, sun" and other words that rhyme with these.

As I have just said each of these words has a vowel in the middle of it.

The vowels are "a,e,i,o,u" and sometimes "y". Each of these vowels makes our words sound clear and easy to listen to.

The importance of phonics comes in again here, as vowels appear often...in fact in all words. When we break words into chunks or syllables there is at least one vowel in every one.

This is covered on other pages so I will not deal with it in any detail here. As beginning readers progress, however, they learn that vowels can make two different sounds.

It makes you realise what an important role they play in words. Unless the vowel is pronounced correctly the word will not sound the way it should and what is being read won't make sense!

This is just the start. There is plenty more to come ...too much to cover at the moment...but it gives you an idea of how it works, clearly and systematically.

The great benefit is that learners discover how to spell at the same time that they are learning to read! It's another example of the importance of phonics.

Learners come to recognise patterns. A simple example of this is in one of the stages discussed above: learning the three letter words with vowels in the middle (known by teachers as CVCs, meaning consonant, vowel, consonant).

If a learner can sound out the word met they can very quickly work out how to decode the words bet, get, jet, let, net, pet, set, vet, wet.

By sounding out one word pattern, they will be able to sound out at least nine others.! If you can sound out then write the word pin then you can soon work out the words bin, din, fin, kin, sin, tin, and win.

Do you see the importance of phonics in literacy? It is paramount.

Case Study: The Importance of Phonics

Recently I met an old friend on the street and we began chatting. We were discussing the importance of phonics. He is a highly intelligent man who holds two university degrees but he has never forgotten his enormous struggle at school, learning to read. This, he says, is all because he wasn't taught phonics at school.

He was taught by the 'whole word method' where he was learned that to read you worked the words out in the context of the sentence.

Here's an example. Take a simple sentence like this: The cat climbed up the tree. Now imagine you can read all of the words except climb. Your teacher encourages you to think logically about all the different ways a cat can get up a tree. You conclude that they don't run, walk or hop up trees and that they climb.

You have worked out the word you didn't know on this occasion but you have no decoding skills to help you next time. The answer may not be as simple.

Sadly, the whole word method of reading allows people to guess and make mistakes. Once they realise they are constantly making errors they fear trying to read. Then reading failure sets in.

My friend expressed the overwhelming sense of helplessness he experienced in exams at senior school level. He lacked the decoding skills required to work out whether or not the words he was 'attempting' to read were correct. He knew he was guessing the words and was therefore risking getting the answers wrong.

It still makes him angry. The stress he felt during tests and exams was unnecessary and paralysing. It was only because he was exceptionally bright and eventually taught himself the decoding skills he required that things changed and he was able to pursue a university career.

He now teaches literacy to those who, like him, were not taught the importance of phonics. If he hadn't found a way to learn it by himself, he would now be needing people to teach him!

Go From Importance of Phonics to What Is Phonics