Why Is Literacy Important?
An Adult Student's Story

Why is literacy important? On the surface it seems quite obvious. We all need to learn to read and write to get through school. Then we need to find a job that pays us well enough to pay our bills. 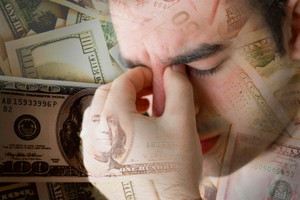 Ideally we hope to find a career that leaves us feeling stimulated. After all most of us spend at least eight hours-a-day at work. That is more than most of us spend with our partners and children.

If you are reading this then you are one of the lucky ones. You can answer the question, why is literacy important? Read on and see how it affects others who are not so fortunate.

I am a literacy teacher and I constantly meet children and adults with poor literacy skills. Children, if caught early enough, can make enormous progress before they slip too far behind.

Many adults on the other hand have, by the time they come to me for help, led tragic lives. Lives that are spinning out of control. Many struggle to hold down a job and frequently resort to drugs and alcohol to avoid facing their inadequacies. Their poor literacy skills have robbed them of their dignity.

Others have large gaps in their literacy skills but manage to work. Most of their day they try to hide their literacy problems from the rest of the world.

In both cases they are constantly in survival mode. Daily life is an endless struggle.

It's Torture For Some

Why is literacy important? One adult student explained it like this: "Every day I feel as if I have been air dropped into a foreign country where no-one can speak my language and I am expected to live there, work, eat and survive. Every day is torture."

My thoughts when I meet these unfortunate adults are, why then haven't they addressed the problem earlier.

In a nutshell it all boils down to their self-esteem... or lack of it. They believe they are hopeless as individuals and beyond help.

It tells me a great deal when these struggling adults seek literacy help. They earn enormous respect from me for their courage and determination.

Once they push their previous and often miserable learning experiences to one side, they can move forward, often rapidly. Thankfully it is never too late for improvement.

Once these adults realise they are in fact, quite capable of learning, and most are, they want to tell everyone.

Why Is Literacy Important? It Mends Broken People

As you can see the gap between someone who has good literacy skills and one who hasn't is enormous. That gap affects people not only financially but also in a deeply psychological way.

The adults I have met are stunned, once they develop reading and writing skills, by their new-found sense of self-esteem after years of literacy failure.

Why is literacy important? These sufferers find themselves transformed from angry and introverted human beings into cheerful, positive, interested and outgoing people.

They seldom realise how psychologically withdrawn they have become until they begin to learn.

A Day In the Life Of Peter

In a moment, the question... why is literacy important... will be answered at a level you, hopefully. will never have to experience yourself.

This is how one of my adult students, who has given permission to tell his story, describes the impact of poor literacy skills on daily life.

Peter gets up every weekday at 4am to start work at 5am. He switches on the television to see the news as he can't read the newspaper. His wife, Anne, can read it from cover to cover.

At work he clocks in and starts the day. It is really boring work on the forklift but at least it brings in just enough money to survive when he combines it with what Ann earns.

He thinks she's lucky. She can earn more than him. Being unable to read is a damned nuisance.

If the car breaks down (as it often does because it is so old) Peter has to pay the repair bill in instalments. Ann works that out for him. He finds it confusing.

Why is literacy important? He finds out every day. It's very difficult to shut out.

He wishes he could buy a better second-hand car, as it would make more economic sense, but Ann's been to all the banks in town and no-one will give them a loan as their combined wages are too low.

Realistically they wouldn't be able to manage the repayments if the slightest thing went wrong. 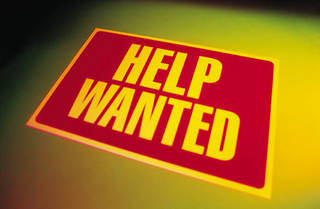 Peter does his work well. He's done it for so long he can do it without thinking...or reading...or writing.

There are one or two words written around the factory that he can read because he has seen them for so many years. Things he can read are words like 'emergency' and 'first aid kit'.

Sometimes he scoffs when he asks himself the question, why is literacy important. After all he kind of gets by without it...actually not really... realistically life is a real struggle without literacy skills.

He'd like to fix the problem but he doesn't know where to start. It all seems too hard. Really...only his wife and a couple of close friends know the truth about his problem.

He's finding it quite stressful at work at the moment because the boss is concerned about health and safety around the factory.

Why is literacy important? The boss has told all of them that things are going to change at work. They're going to have to do some study to learn more stuff around the place.

They're going to have to pass a written test to comply with health and safety regulations. The thought sends a shiver up Peter's spine. He's not sure how he'll cope.

Bluffing Is A Way Of Life 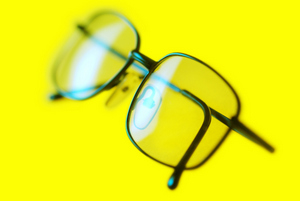 No-one at the factory admits that they can't read or write but Peter suspects there are a few, apart from him, who can't.

It's time for morning tea. A couple of the other men are silently reading a memo from the boss.

"We'll give it to you to read in a minute, Pete," one man replies. “We’ve nearly finished."

"You might have to tell me," says Peter, "I've left my glasses at home."

Why is literacy important? He knows every time this sort of humiliating thing happens. He has to lie so he doesn't look an idiot in front of his workmates. He'd be the laughing stock of the tearoom if they knew he couldn't read.

Lurching From Crisis To Crisis

At lunchtime Peter suddenly remembers he has an appointment with the specialist after work. He's forgotten the man's name and where he has to go.

He rings Ann but she's not answering her phone. That's right she's at a course today.

She did tell him but he's forgotten. He would have written it down but his writing is worse than his reading.  He silently panics.

Why is literacy important? It's becoming clearer every minute.

How is he going to get there? Lunch break is nearly over and the appointment is immediately after work. He has a vague memory of the specialist's name but has no idea how to spell it.

He picks up the phone book and scans columns of names under the letter he knows it starts with 'M'. The name pops into his head... 'Maurice'. Still he can't think of how it would be spelled. 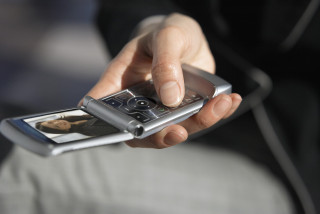 A workmate wanders in. Peter lies again and tells him his glasses have been left at home. The workmate looks up the name for him and tell him the address.

"Could you write it down for me?" asks Peter nervously. "But you won't be able to read it without your glasses," his friend replies. " Yeah...right... might have to use someone else's eyes today," says Peter quickly.

That's one problem down, thinks Peter. He now knows the name and address but he doesn't know where the street is in the city. Rather than asking the same friend, he finds another.

The friend quickly writes down the directions for Peter. A diagram would have helped but his colleague doesn't think of that.

Maybe the specialist is too far away. Peter can't tell his workmate that writing the directions down for him is a waste of time.

"Just run me through those directions again, will you? asks Peter. As his friend tells him, he tries to memorise each street. 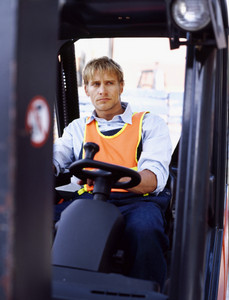 All afternoon, as Peter shifts boxes with his forklift, he repeats the pattern of the streets he needs to get to the specialist, hoping they are correct and that he has them in the right order.

At the end of the day, he drives to where he has memorised the specialist is located. But he's in the wrong street. He must have missed something out, taken a wrong turning or done something wrong.

He is internally cursing. He's learned to hide his frustration so that people don't notice.

Sometimes it comes out in other ways, sometimes as aggression when he least wants it to. It's got him into trouble with the police once or twice.

Why is literacy important?

If he had the skills everyone else had he wouldn't be struggling like this.

He pulls the directions out of his pocket. Most of the words are just black squiggles to him.

His stress levels are building. Specialists cost a lot of money to visit. Eventually he asks at a shop and finds he is still several blocks away from where he needs to be. 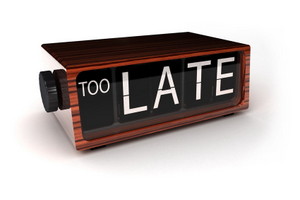 By the time Peter reaches the specialist, he is sweating and 15 minutes late. His appointment time has been given to someone else.

Peter has to collect Ann from work in an hour. He decides it is all too stressful and leaves, knowing he will be charged for the appointment he has just missed.

He's not looking forward to collecting her. She will be angry. They can't afford any unexpected expenses. She will have to make him another appointment so they'll be paying double.

Why is literacy important? It makes life so much easier. If Peter could choose between winning a lottery and learning to read he would choose to learn to read.

Winning a lottery would not spare him the daily humiliation he experiences now. Learning to read would.

This is one tiny incident in the life of only one person who has a major literacy disability.

Imagine how many times a day these types of things happen in the lives of people like Peter.

They are victims because they can't do the basic things most of us take for granted. The simple things... like being able to read newspapers, maps, telephone books, and read and write messages ... become problems that feel insurmountable.

These adults were once children. Whoever would have imagined that as adults they would not be able to read?

At the stage that children are children, they simply cannot be allowed to fail.

So why is literacy important? It changes lives ...dramatically.

By taking literacy seriously, people can develop a real sense of worth rather than struggle with an unbearable feeling of misery and isolation.

Go From Why Is Literacy Important to Literacy lessons

Go From Why Is Literacy Important to Phonics Literacy Homepage