What are phonics sounds?

They are the sounds letters make in words. They are
often different from the names of the letters of the alphabet that children love to chant.

Cause Of Many Reading Problems

As a teacher, I can tell you that once your child understands these sounds they will begin to learn to read.

I have taught many adults with serious reading and writing problems and the source of their problem goes back to phonics sounds. Often they get the sounds confused with the letter names.

Most have not learned phonics as children but once they do they make remarkable progress.

For your child to read properly, they need to be taught what sounds the letters they see on the page actually make.

Here are some examples. When your child sees the letter v written they need to know that it says vvv (with their mouth almost closed) rather than vee (where their mouth is partly open and they're almost smiling as they say it.) If they don't understand how to sound out a word like van they could mistakenly read it as veee ay en instead of vvvvaaaaannnnn.

Unlocking The Code To Read 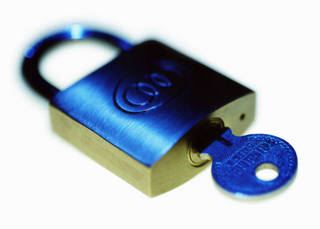 The vowels in the alphabet, the letters a e i o u and sometimes y ...force us to open our mouths when we say them.

They make words sound rounded and clear. This helps us to understand what people are saying without having to strain to hear them.

Try this ...say the word phonics but leave out the vowels o and i in the word so that you are reading phncs instead...

Did you find your mouth was almost closed as tried to say it?

Can you imagine anyone who had listened to you reading that being able to understand what you said?

It makes you aware doesn't it that the vowels are really important phonics sounds in the alphabet.

Take a look at any word and you will find that at least one vowel is contained in each.

After the exercise above, that is good news. If there were no vowels at all we would all be muttering to one another and no-one would understand a thing!

Try This With Your Learner

Here is a fun activity to do with your child. It is something I do when I am teaching the importance of vowels to children and adults. I write them a short, friendly message. In the message I remove all the vowels.

Translated it says... Hello, how are you. I hope you have had a wonderful day at school. Did you get any homework? How long will it take you to complete?

When the child first sees it, they are amused by the extraordinary-looking "words". They then attempt to read them minus the vowels.

They have great difficulty making the odd sounds on the page. To them it sounds like a foreign language and within seconds they are laughing. From that moment on they understand the importance of vowels. 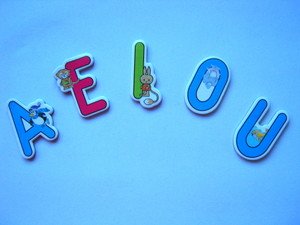 Many Combinations of Letter Sounds

The other letters in the alphabet ...the ones that aren't vowels ... are called consonants.

The way words sound when we read depends solely on how the vowels and consonants are connected. They can be combined in about 44 different ways! Now that makes it a little more complicated.

Sadly, this apparent success can stop suddenly and unless the problem is rectified it can cause life-long reading problems.

You don't want this to happen to your child so let's see how why it occurs and how it can be avoided. Let me tell you about one of my students (with her permission) ...

From Top Reader to Bottom Reader

Gemma was seven. Her mother brought her to me for help as she was puzzled and disappointed.

Gemma had started reading at school two years earlier and had been the top reader in her class. The teachers had sung her praises at parent-teacher interviews and had written glowing reports.

Her parents were delighted. Then at seven, Gemma's reading progress stopped then went backwards.

When Gemma arrived for her first reading lesson with me she didn't want to be there. Reading was no longer fun. In fact she hated it.

Her mother was close to tears and had to leave before Gemma saw her distressed face.

What I suspected and discovered when I worked with her was that she had an excellent visual memory.

She could spell, perfectly, 20 sight words. But when I tested her phonics sounds, one of the first things beginner readers are supposed to learn, she didn't know eight of them.

They included e,d,n,p,v,x,u and y. This problem was having a profound impact on her reading, particularly at seven years of age...but I'll talk about that in a moment.

How Did This Happen?

Let me explain how Gemma had managed to do so well until that point.

Gemma had over the years she had been reading and spelling, memorised the alphabet letter shapes and their order to be able to write the sight words I asked her to spell.

She'd initially practised them a few times for homework, then committed them to memory much more easily than the other children in her class.

In fact she had learned lots of words that way. She'd write them down two or more times and then commit them to memory.The teacher thought she was bright.

The problem was she wasn't using her auditory memory much at all. That means she hadn't learned how to decode or work out what the phonics sounds were when she read.

She would see a word that she didn't know, ask someone to tell her what it said, then she would remember what it looked like next time she saw it.

It was like taking a photo of the word. Her excellent memory meant she could download it whenever she needed to.

That was perfect for a couple of years. It's not surprising she was 'top of the class' in reading.

The visual part of her brain was like a trap and could lock in most of what she saw. 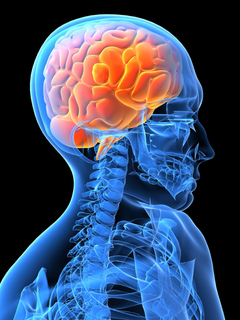 It sounds like the perfect brain ...the kind we would all love to have ...but unfortunately the visual part of her brain got too full.

Like a cup which has a limited capacity to hold liquid, the brain at this stage of development has limited storage.

This is a common problem in children of her age ... it happens at about age seven.

Gemma's brain became so overloaded she could not remember the huge number of words she was expected to read and spell on a daily basis at school.

And to make matters worse, the words she was expected to read were getting bigger and took up more space. The information she was trying to cram in simply stopped going in.

She no longer appeared or felt successful and gradually dropped down to the bottom reading group in her class.

People stopped making such a fuss, the teacher called Gemma's mother in to discuss the problem and her report cards were full of disappointing comments. It was starting to affect her other subjects as well.

This meant Gemma had to find another way to read and spell.

I want you to look at the following paragraph and notice how many of the words in the paragraph have one of those eight letters in them.

On Wednesday we had a late night as we went out to the opera. It was a great show and if I could get another ticket I would be prepared to pay again to go tonight.

If you don't understand the code or phonics sounds to unlock those words, you will have great difficulty reading that paragraph ...and that was Gemma's problem.

She lacked the skill to work out unknown words as she came across them.

As a result her reading, writing and comprehension all suffered. The feeling of failure she experienced was not only devastating for Gemma but also her mother, who had to watch her daughter increasingly lose confidence.

Fortunately Gemma's sensible mother noticed Gemma changing from a happy, successful child to one without self-esteem and brought her for help before her daughter switched off reading completely.

Within two hours of tutoring Gemma had learned her missing phonics sounds and was back on track. 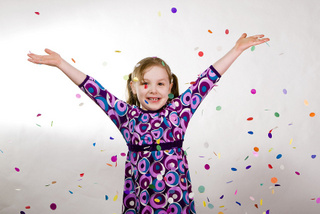 As she progressed she was then able to decode different combinations of these sounds, which often look quite different on paper to the way they sound.

Within a month or two, she rose to the top of her grade, reading level by reading level. Her teacher was astounded, as was Gemma's mother.

Gemma stopped relying on just one part of her brain to learn.

She still used the visual part of her brain to recognise parts of words ...the different combinations I have just mentioned ...but she didn't have to visually memorise hundreds of entire words.

By learning the phonics sounds associated with clusters of two, three and four letters ...for example, ow,igh,ough ...she could recycle what she had learned!

She discovered that there are patterns in words which repeat. She just needed to know how to recognise them and suddenly ...she could tackle any word she wanted to without stress.