Phonics blends are the sounds we run smoothly together when we read. By reading each sound so it blends smoothly into the next, we can clearly hear what the whole word is. 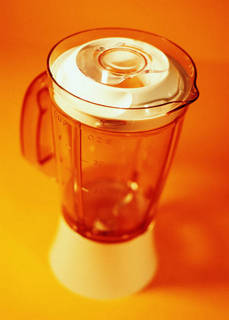 To people who can read, and you are probably one of those, blending words is simple. You do it automatically. If, on the other hand, you don't know how to blend words it is far from obvious.

Phonics blends are when we mix phonics letters in the form of sounds together. They must be blended in a particular order, from left to right, sometimes one-by-one and sometimes in small groups.

Try to imagine you know nothing about blending sound together. When you try to tackle a word you've never seen before like "Japan" it is broken up like this j....a....p...a...n.

The sounds are broken up or as teachers often refer to it, 'segmented'. You hear five unrelated letters when you say them aloud, instead of one easy-to-understand word.

This is what it is like for new readers. Unless they can hear the letters blended together they can't hear what the word is.

This causes confusion and misunderstanding. Imagine segmenting your way through an entire sentence in this way. I have heard many struggling readers do this.

They spit out the individual sounds like a machine gun and have no understanding of what they've just read.

I recently taught Donna, a middle-aged woman, who had never been taught phonics blends in even the most basic words. She had learned to read some words by sight but said her brain was "overloaded." She said she felt constantly exhausted when she tried to read.

I taught Donna what the remaining 15 sounds were then showed her how to blend a three letter word. I made up a word...'nif'...one that wasn't real. It had to be a word she'd never seen before.

Why? I wanted to make sure she wasn't relying on memory to read it. She needed to work it out letter-by-letter (known as decoding) to prove to me she was really reading.

"Just try this word slowly," I encouraged. She looked at me nervously... "Just have a go, Donna. I'll help you if you get stuck."

She listened to her own voice making the sounds. To begin with it was jerky. She made each sound as if a knife had cut it short, like this ...n/i/f. After a minute of practising the way I showed her she read it again. "Nnniiifffif?" she said.

"Fantastic," I said, delighted at her progress.

Suddenly she bounded off her chair and threw her arms around my neck.

"At last," she shrieked, "So that's how you do blends. If only I'd known that before imagine what I could have done!"

Many People Slip Through The Net

That response probably seems to you like an over-reaction. But when adults begin to learn to read they behave as if they have just won a million dollars.

Donna had struggled for half a century not understanding what some children can comfortably learn by the time they are five years old.

It is important to point out here that Donna is no fool. She expresses herself intelligently and holds down a responsible job supervising people. It's just that until recently she couldn't read.

As adults who have learned to read, we forget about the stages we have gone through to get there. Think back. You probably learned phonics blending decades ago.

A good teacher (hopefully) helped you through each stage when you were a child. As a result you are able to tackle all types of previously unseen words without any anxiety, unlike Donna.