The importance of computer literacy can’t be overemphasised. Computers are everywhere. Right now there are about one billion personal computers in the world. That doesn’t include computers that are in schools, supermarkets, banks, libraries, doctors, dentists, shops, and restaurants. With that number of computers spilling over into every part of our lives, it’s difficult to ignore them.

Employers place great importance on computer literacy in job applicants. Even if it’s not a requirement of the job, an applicant with some computer skills is often viewed as a better prospect than one who hasn’t any.

What Makes a Person Computer Literate?

A person is generally considered computer literate if they can do the following ... 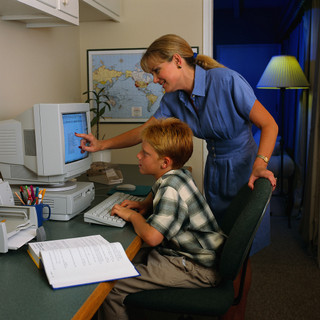 Importance of Computer Literacy in the Workplace

One of my adult literacy learners, Sue, is a caregiver on a low wage. She used to describe computers as “weird boxes” that made people “boring.”

She discovered the importance of computer literacy when her employer announced that she was now expected to write her daily client reports on the computer.

“They want me to become a computer geek,” she told me anxiously. “I’ll have to leave my job.  I’ll never be able to do it.”

When Sue caught the train home from work that night she noticed 15 out of 20 people in her carriage were using either a laptop, smart phone or I pad – and she knew she couldn’t use any of them. It made her aware of the importance of computer literacy. She wanted to be like those people but the thought made her feel paralysed.

It took courage but eventually she began learning the skills she needed, one at a time and at her own speed.  Gradually her computing confidence grew and with it Sue gained a new respect for the “boring"  box.

What relieved her most was that she didn’t have to become a computer geek after all.  She started with small steps and over time her skills grew beyond workplace computing to things she could do to make her personal life easier. Sue found she could bank, book plane flights, talk on Facebook, shop online as well as write the daily reports required by her boss.

She also discovered that inside that lid was a

“I didn't think I'd ever learn but I did and it wasn't nearly as difficult as I thought it would be. My job gave me a real reason to learn. Once you’ve practised some things on it a few times it gets easier and easier. I’ve just realised what awesome things you can do. It makes learning fun. I feel I’ve got much more control over my life now and it saves me heaps of time. I can do all sorts of things online like catching up with people on the other side of the world and finding out anything I need to know in a hurry. I love it now that I've got over being scared of it. Now I don't know how anyone can live without a computer."

The importance of computer literacy varies from person to person.To many people it means future job opportunities. It’s predicted that by 2016 there will be over 1.5 million jobs available that relate to computers.

It seems that disengaged youth are becoming more engaged because of their increasing computer literacy. This means they are less likely to get bored and seek out trouble. Perhaps that will lower the crime rate.

And it means the elderly can remain in touch with friends and family wherever they are in the world. My Aunt and Uncle, who are in their mid-90s, each have computers and have learned to write emails, download photos and print off the results of internet searches.

It's never too late to recognise the importance of computer literacy and learn why the rest of the world is hooked.

Go From Importance of Computer Literacy to Literacy Lessons


Go From Importance of Computer Literacy to Home Page